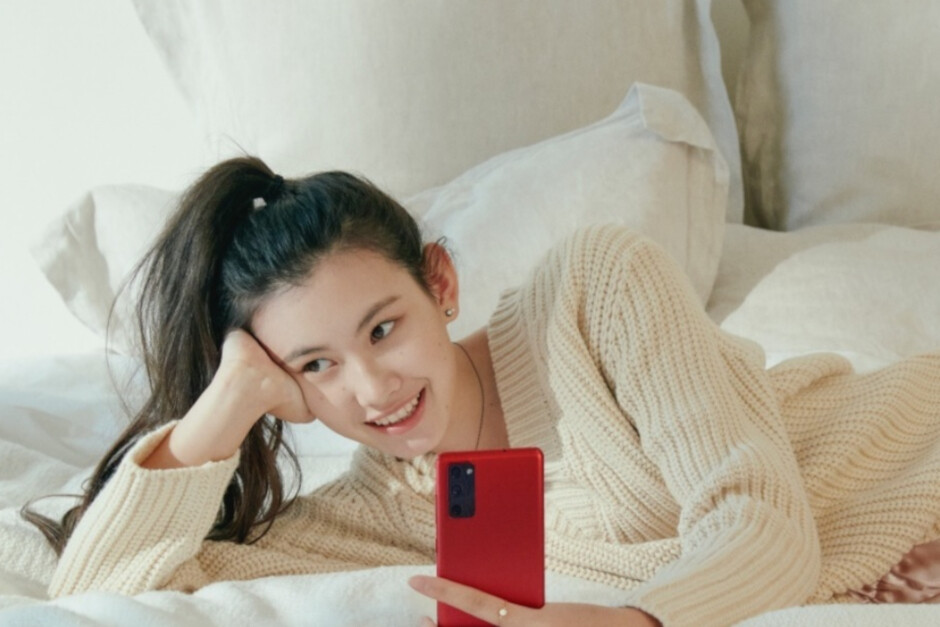 Earlier this morning, Samsung unveiled the 5G Fan Edition of its Galaxy S20 and T-Mobile announced that it will have the device in stock with pre-orders beginning this Friday, September 25th. The phone will be in stores starting October 2nd available in Cloud Navy, Cloud Mint, and Cloud Lavender. T-Mobile’s Metro prepaid unit will have the Cloud Navy variant of the Galaxy S20 FE 5G in stores also beginning on October 2nd.

T-Mobile is offering the phone at a price of $699.99 or for 24 monthly payments of $29.17 using the carrier’s no-interest Equipment Installment Plan. The nation’s second-largest carrier will also give you a Galaxy S20 FE 5G for free if you open a new account or switch to T-Mobile. You can also take $500 off of the price of the Galaxy S20 FE 5G or any of the latest flagship Samsung Galaxy 5G handsets available from the carrier with the trade-in of an eligible device.
The Samsung Galaxy S20 FE 5G sports a 6.5-inch Super AMOLED display with a resolution of 1080 x 2400 producing an aspect ratio of 20:9. The 120Hz refresh rate delivers silky smooth scrolling and game animations as the display is redrawn 120 times per second. Under the hood is the 7nm Snapdragon 865 Mobile Platform paired with 6GB of memory and 128GB of UFS 3.1 storage. A microSD slot is available for those who need additional storage.
On the back of the device are a 12MP camera, an 8MP telephoto camera with 3x optical zoom, and a 12MP Ultra-wide camera. In front, you’ll find a 32MP front-facing camera and the device features an in-display fingerprint scanner. The included 4500mAh battery charges at a maximum wired charging speed of 25W and Wireless Power Share allows the device owner to share some of the unit’s battery life with a compatible device including a Galaxy Watch 3. Most importantly, the Galaxy S20 FE 5G works with the sub-6GHz 5G signals that come from the 600MHz low-band and 2.5GHz mid-band spectrum that power T-Mobile’s nationwide 5G network. Android 10 is pre-installed along with Samsung’s One UI interface

T-Mobile’s Director of Creative Content, Desmond Smith, celebrated the unveiling of the Galaxy S20 FE 5G by releasing one of his unusual unboxing videos. This time, the process of opening the box and taking inventory of what is inside it takes place underwater. Trying to talk while inside a water tank is hard enough without having to use a snorkel, so captions are included for those who can’t understand what is being said.

Inside the box is the phone (in one of the three aforementioned colors), the warranty, terms and conditions (obviously the paperwork, unlike the phone, is not resistant to water), a T-Mobile SIM card, the 25W charger, and the accompanying USB-C cable (better dry it off, Des, before you plug it in or you’ll be shocked at what might happen). And while you might think that it would be cool to play video games underwater like Des does in the video, if you look at the screen a little closer you’ll be dissuaded from attempting it. The game footage is pre-recorded and the game controller (the Samsung MOGA PowerA XP5-X) does not work underwater.

On the other hand, the Samsung Galaxy S20 FE 5G has an IP68 rating so it can survive a rainstorm, a dunk inside the toilet and more. However, despite what you just watched on video, we wouldn’t recommend unboxing your new phone while completely submerged. Leave stunts like that to professionals like T-Mobile’s Smith and his crew.