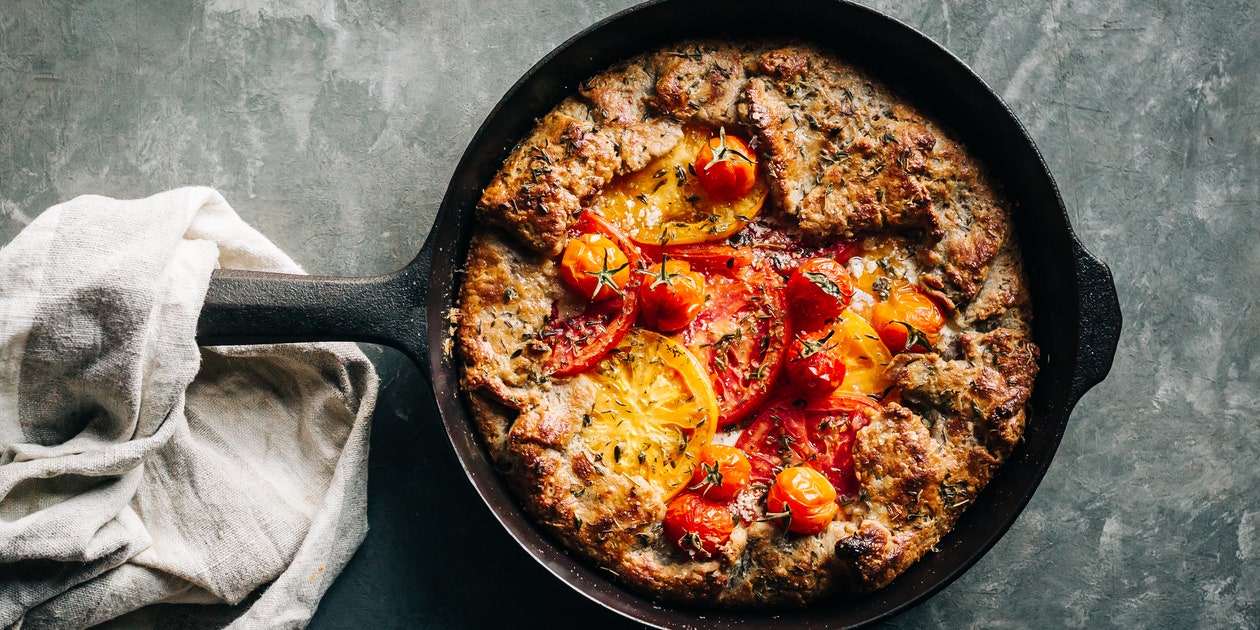 I would give this 3 1/2 if I could. It was surprisingly delicious but I did switch out the dried parsley for Herbs de Provence and used Manchego instead of Parmesan. Other than that I followed the recipe exactly. The crust was amazing! I was really concerned about it being soggy due to the water the tomatoes released during cooking even though I followed the directions to salt and drain them for 30 minutes. I needed up having to scoop water off the top three times but the end result was a delicious tomato pie with great flavors! The crust was perfectly crispy and the bottom layer of cheese, onions, and mayo kept the crust from getting soggy! I will definitely make again in tomato season next year.