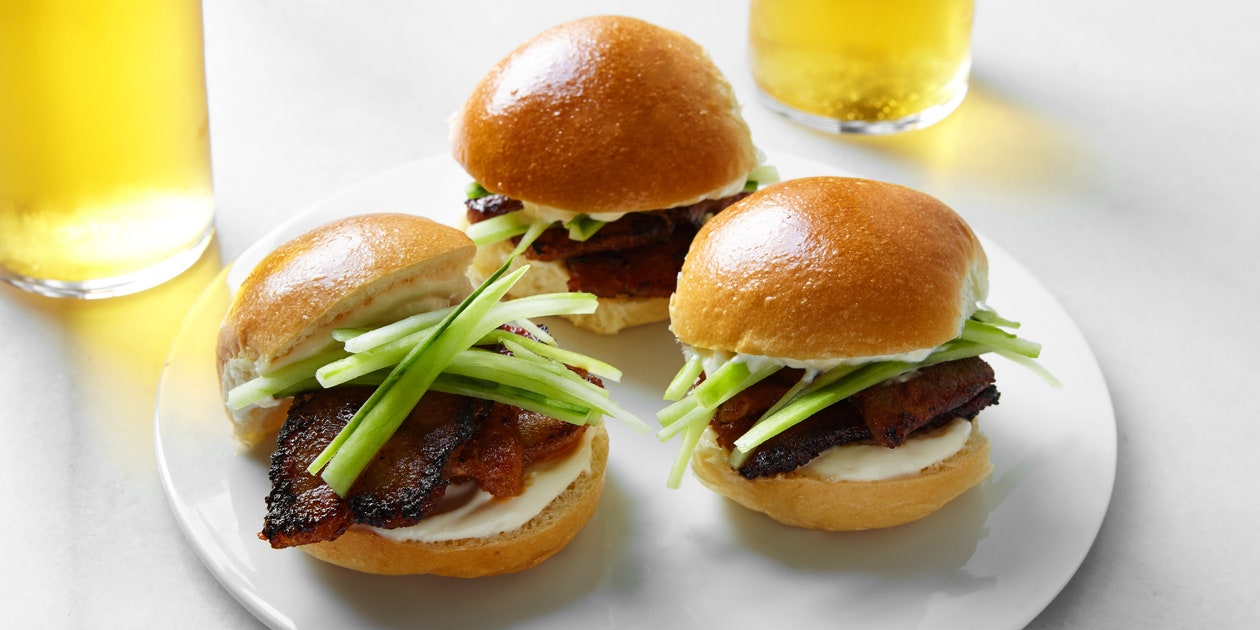 The brisket bulgogi slider became so popular at Danji that I decided to make another version. Jeyuk bokkeum is a popular Korean dish made with gochujang (Korean red chili paste) and pork. The fermented chili paste adds a nice kick and a deep, complex flavor. In Korea, jeyuk bokkeum is served as a main dish along with rice and banchan. Because of the gochujang, the meat burns easily when grilled, so it’s not often found in tableside barbecue restaurants. Traditionally, thinly sliced pork shoulder is used, but for these sliders, I use pork belly, because it is more flavorful and has a softer texture. And the fat from the belly is easily absorbed into the bun, which adds to the deliciousness!