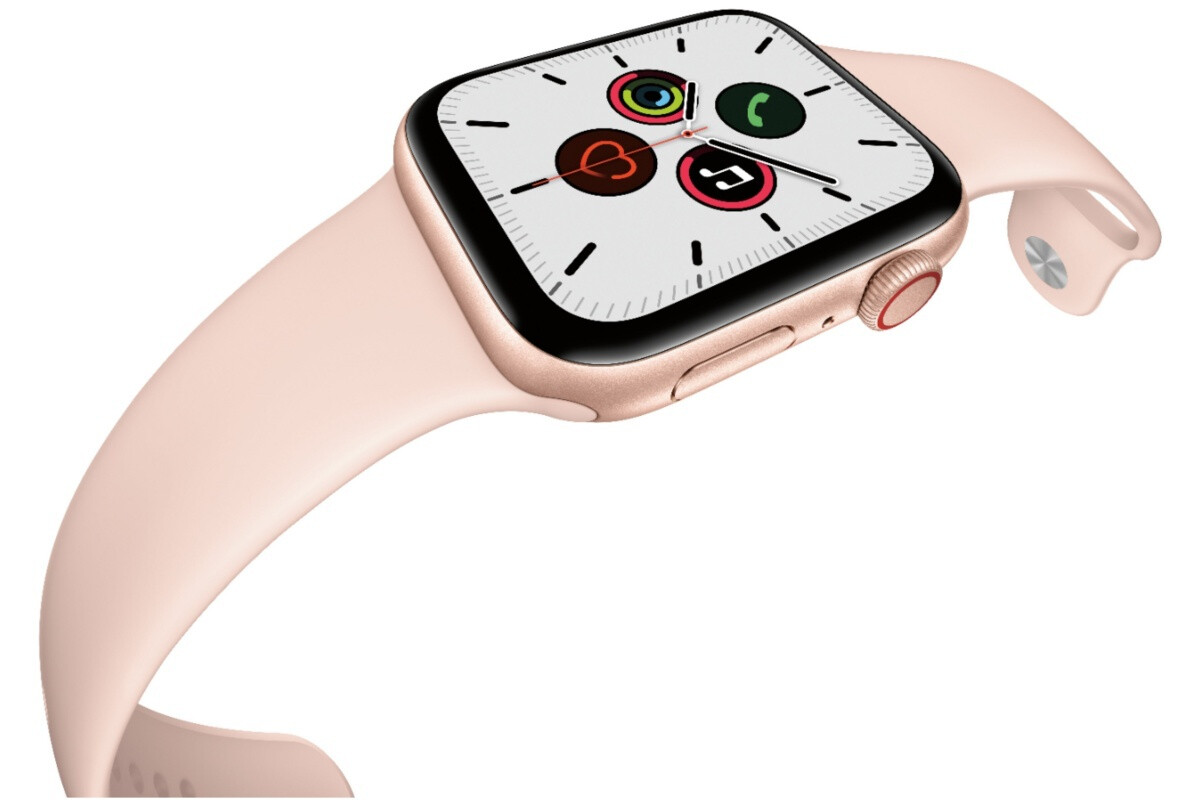 Billed as “the most advanced Apple Watch yet”, the latest (high-end) edition of the world’s most popular wearable device is hardly revolutionary, retaining its predecessor’s shape, form factor, screen size, design language, and key selling point in the health monitoring department.

You can probably understand therefore why the Cupertino-based tech giant felt the need to halt Apple Watch Series 5 sales upon unveiling the Series 6, keeping the ancient Series 3 around instead as a low-cost alternative to the new essentials-focused Apple Watch SE.
But if you can’t afford or simply don’t want to cough up $400 and up for a slightly faster and brighter Apple Watch Series 6 with a built-in blood oxygen measurement tool, the Series 5 is still available from a number of major third-party retailers, some of which will occasionally make bargain hunters an offer (or several) they can’t refuse.
Case in point, Amazon’s crazy good new deal, allowing you to shave a whopping $129 off the $429 list price of a single 44mm Apple Watch Series 5 variant for a presumably limited time only. We’re talking about an eye-catching model pairing a gold aluminum case with a pink Sport band, which has been available a few times in the recent past at a $100 discount.
That makes this quite possibly the greatest deal ever offered on this particular version of the 2019-released Apple Watch, which may look a lot like 2020’s budget-friendly Apple Watch SE, hiding however one big advantage under its robust hood. Specifically, a life-saving ECG monitoring feature.

Even better, the Series 5 also comes with an Always-On Retina display in tow… at a lower price than the $309 44mm Apple Watch SE, which is obviously unlikely to get any meaningful discounts in the near future.

Unfortunately, if you don’t like the aforementioned gold/pink combination or if the 44mm size doesn’t perfectly fit your wrist, we’re afraid you’re out of luck as far as markdowns go, with the other available colors still listed at their regular prices and all GPS-only 40mm variants “currently” showing up as “unavailable.” It’s also impossible to score a decent discount on a cellular-enabled model with either a 40 or 44mm case right now, but that’s bound to change come Black Friday, so if you can wait a little longer, you might want to do just that.