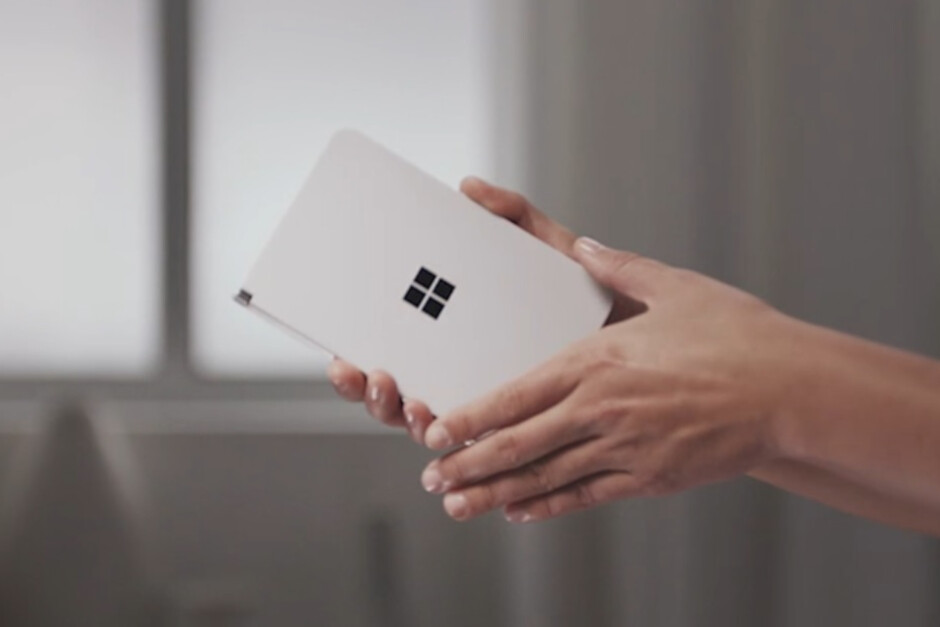 Microsoft has just released a new 120-second video for the Surface Duo. The productivity tool features a pair of 5.6-inch AMOLED displays separated by a cutting-edge 360-degree hinge. When opened to 180 degrees, the user has 8.1-inches of tablet-sized real-estate to work with. Thanks to optimized Android apps developed by Google and optimized Office apps developed by Microsoft, the Surface Duo might be considered a device created more for work than for play.
And the way the dual screens work with the hinge to create different modes, this could be the best phone for those who work out in the field. Lightweight and thin, the Surface Duo won’t get in the way when users are on the road. And while you’re watching the included video, check out all of the different ways that the two-screens work together. For example, if you want to get down to a serious session of binge-watching, putting the screens in Tent Mode allows for hours of relaxing viewing. In laptop mode, the Surface Duo is held in landscape and resembles a laptop with the bottom screen used as a QWERTY keyboard.

Other modes allow it to be held like a book with a different app on each screen. Two apps can be grouped together (to form what is known as an app group) so that when its icon is tapped, both apps open simultaneously, one on each display. Microsoft points out that the device will run all Android apps making it more familiar to consumers who are used to Google’s mobile operating system. In Compose Mode, the Surface Duo figures out your intent and calls up the keyboard so that a quick reply can be composed.

Microsoft notes that inking is easy on the Surface Duo. Unfortunately, unless you spring for one of the optional Surface Pen variants that are supported by the device, you’ll never find out if this is true. And at the end of the day, you can tell the Surface Duo that it is time to get to sleep by closing both screens.