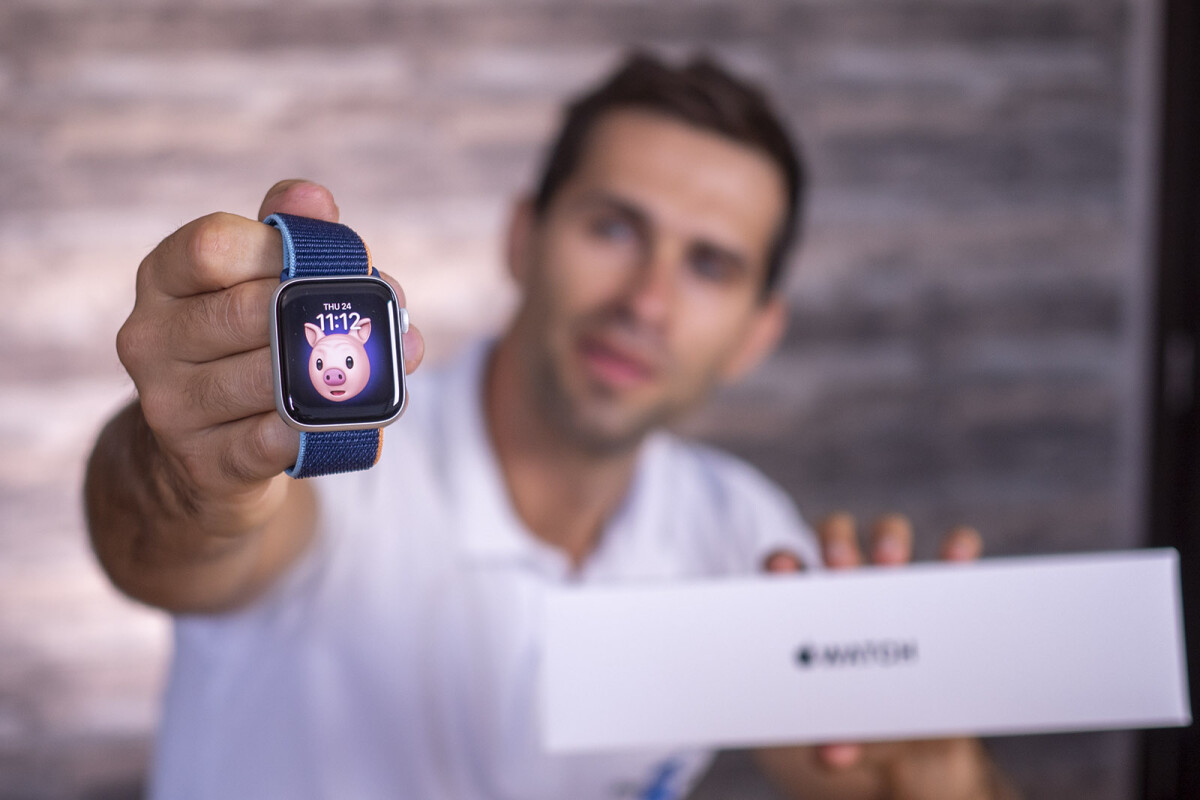 The new Apple Watch SE brings the modern large-screen design of Apple Watches to a lower price point, and that’s what’s most exciting about it, so we were excited to see it finally arrive in the office. If you can’t justify spending $400 on the flagship Apple Watch Series 6, the Watch SE with its starting price of $280 is a much more reasonable offer.

So let’s unbox it first before we dive in our in-depth review.

There is one important item missing in the box: an actual wall adapter to charge up the watch. You do get the magnetic charging cable, but Apple just assumes that people these days have a spare charger around and says not including a charger saves a ton of waste, but if you don’t have one, you might actually be a bit annoyed by this.

You can order the Apple Watch with a band of your liking. The trendy new one is the Solo Loop, which is stretchy and has no buckle as you just wiggle it on. It is also super lightweight. While it does look nice, however, keep in mind that there are 9 different sizes to pick from and the provided printable Apple guide to sizing seems a bit confusing, plus if you want to sell the watch later on the precise sizing of the band would likely be a problem for the future buyer. In our case, we have a traditional Sport Loop band and not the Solo Loop.

Pairing up the Apple Watch SE takes around 5 minutes, so you have to be patient with it. It also requires you to have your iPhone updated to the latest iOS 14, in case you still haven’t installed that update.

So what are the differences between Apple Watch SE and Watch Series 6?

There are not many in terms of looks and styling as both watches look identical and both feature the large screen introduced first with the Series 4.

Overall, the Watch SE might be missing some features, but the only major one might be the always-on display. For all else, it looks like a great Apple Watch now available at a more affordable price.